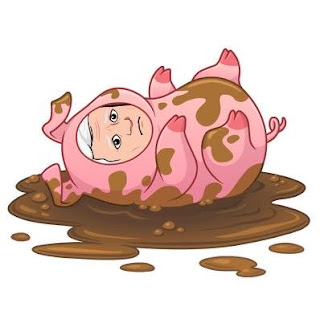 In his video linked above, "Refuting Lance Conley's book: Hope Resurrected #4 - The Issue of Time #1", Preston babbles on for 13 minutes and 50 seconds... (3 minutes rounded, of which, seem to be nothing more than an advertisement for his ridiculous books "Who Is This Babbling?" and "Can Donald ben Lyinalotz Tell Time"). 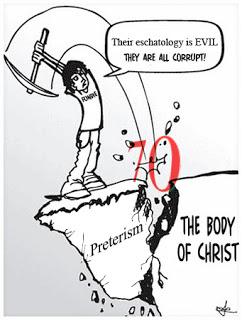 1) Don never mentions Chapter 6 the history of full preterism, likely on account of there being nothing that he can refute with that chapter being that he had a failed ministry and that the first full preterist formally recanted of this heresy and then it took until Max King in the 1970s to try and revive an already dead dumb heresy that Don would later try and push to peddle his books and make sales. This heresy of full preterism has only truly really had any boosts through online sites.

2) Don claims page 71 has a typo. The words full preterist and full preterists are used interchangeably. I am not going to into grammar much here as it is irrelevant but preterist is actually a unique word and can be used plural which I did in that sentence. While there have been typos I've found in my book and plan to revise at some point (happens when you're writing), this isn't one and there was no need to mention that except for the fact that Don wants to try and paint me out as some cartoon villain and make me look moronic and like an uneducated evil person who can't be trusted.

3) He essentially throughout this video claims the ECFs were all confused, uneducated people who weren't ever aware nor were ever trained to think Hebraically. They apparently he claims were people who couldn't grasp Hebraic concepts and the Hebraic worldview because they were apparently all Greeks. This is an absolutely false statement by all accounts. One can read basic Greek philosophy to know these things. It even is shared in the Gospel accounts and writings of Paul and Peter that they had opposition to Grecian concepts.

4) Preston claims I "take an entirely literalistic view" like the ECFs... this shows he doesn't know anything because we do not see the ECFs all take entirely literal views all the time. It shows just how ignorant this man is of the Church and Church History. What an absolute failure!

5) I do not ever in Scripture recall Jesus ever claiming He would come in AD70 like Preston claims. Show us a Scripture where Jesus says "I will return in AD70 with the Fall of Jerusalem and this will be my 2nd Coming". He doesn't. Also, for extra credit, show us where this prophesy was claimed to be fulfilled in AD70 by ANYONE. Won't find it.

6) The Greeks in the Apostle's time did NOT believe in the resurrection of the dead. Saduceean Jews were in fact Greek influenced Jews and this was why they denied the resurrection of the dead that Paul taught. Paul has an exchange on Mars Hill in Acts 17 where the philosophers freak out not over Paul teaching a new god for them to worship, not over Christ, but over the fact that Paul teaches a resurrection of the dead where the dead will literally rise from their graves in their same bodies because the Greeks often in their theosophy and philosophy saw the body as an evil impure thing that needed to ultimately be discarded for the spiritual. Paul discards their claims in many verses like Acts 17 which made him adversarial to many Greeks but also the Jews who were Greek influenced because he taught this self-same body will ultimately rise from the grave at the 2nd Coming by the Christ who also rose in the same way. This was why we see Gnostic writings pop up to challenge Christianity. He verifies this is what he's saying in 2 Cor 5 and 1 Cor 15 and Phil 3, etc. Anyone with a basic knowledge of history knows this. A "scholar" (LOL) like Preston should know these things. The Greeks did not believe in their take on cosmogony and cosmologicaly the view that the elements could be changed or moved but Peter speaks otherwise in 2 Peter.

7) I just want to say this too because it was mentioned. Preston tries to use a work by Frost called Misplaced Hope that Frost has constantly and consistently recanted and refuted already, over and over again.

[Edit: I was wrong about my claim that Preston is selling Frost's Misplaced Hope on his website. Even worse! He sells two books instead - House Divided and Essays On The Resurrection]

8) Another thing to note that he won't tell you: PRESTON WANTS YOU TO BUY THAT BOOK of Frost's BECAUSE IT WILL MAKE HIM MONEY!

This is not about truth for Preston. It's all about making book sales and fooling people who are ignorant and foolish into buying into his lies. Pray for his repentance because Preston is leading many people astray and into the Lake of Fire at the Great Judgment with him.

Preston just confirms that full preterism is nothing more than a belief for people who don't believe in Christianity. He should be absolutely ashamed of himself for the pseudo-scholarship, lies, and distortions he has claimed in his books, his videos, and facebook posts.
at January 03, 2020