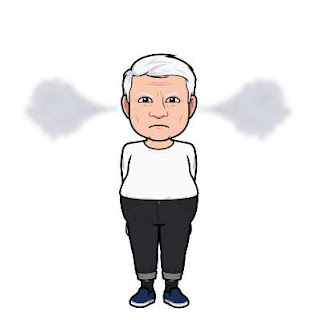 For context here is the link for yet another of Don's ridiculous videos claiming to "refute" my book Hope Resurrected:

Preston makes many absurd claims in this video.

I've for one been sarcastic for sure but I have never claimed this book is to be the final, do-all, be-all, refutation of full preterism. I am sure that more will come about and write against this stupid heresy and I hope and pray that they write and refute better than I ever have. I only hope and pray that I have and can contribute in some small way to destroy this disgusting heresy and whatever way God wills it to be, I will do it in order to lead people to the Lord and away from this vile man and his heresies that are dragging them to the lake of fire.

Preston claims that this book "virtually answers nothing". Apparently almost 500 pages where I go through and dissect the majority of King, Preston, Bondar, and Stevens' books on full preterism and refute their arguments "virtually answers nothing". What a hilariously inaccurate statement. My whole book is supposedly "rife with bad logic, false hermaneutics, basic suppositions that are just flawed in the extreme" according to Preston.

Strange how all Don has are ad hominems and other fallacious things to say and claim about me instead of actually engaging with the writings but hey this is a pseudo-scholar we're talking about. It's not going to be honest nor factual to say the least.

I'm apparently up there with Gentry as in our last article, Preston claimed Gentry was illogical, dishonorable, and much more insulting words. What an adorable sweet angel Preston is!

Preston makes a bogus claim in this video that I say the Early Church Fathers don't address a "problem of time". They most certainly do not have a "problem" with it but they do address the fact that there will certainly be a 2nd Coming and a resurrection of the dead in the future. Clement, Ignatius, and Polycarp, all disciples of the Apostles - all affirm this to be a fact that was taught by their teachers the Apostles. It is clear they're going off Paul's statements in 1 Corinthians 15 among other references as well since Paul teaches a biological resurrection of the dead will take place just as Christ first raised biologically from the dead.

For a video going through 1 Corinthians 15 if you have an hour to kill, I have done a video on this topic over whether the resurrection of the dead is biological or not, linked below:

Preston is clearly lying through his teeth here.

I have said that I do not buy this claim that there was a "crisis of faith" with the Early Church Fathers. I stand by that claim until proven otherwise. Preston's "scholars" who claim this to be the case all seem to be liberal bible critics that were often out to discredit Christianity. Furthermore, when pressed on who his "Jewish sources" are by William Vincent, Sam Frost, and myself, Don Preston has yet to share with us who these sources are and we have asked for literally a week or more to see these "sources" that Preston supposedly has. Funny right?

He makes a claim that the Epistle of Barnabas and Shepherd of Hermas prove a crisis of faith. Do they though? I'll let you, the reader, read them for yourself instead of just spewing hogwash. Please share with me where you see a crisis of faith going on in these writings.

The Shepherd of Hermas:
http://www.newadvent.org/fathers/0201.htm

I'm going to make the claim and say "Since when" in regards to a crisis of faith going on. I find nothing to conclude some "crisis of faith" in either of these works like Preston claims there is. I do find proof that Barnabas and Hermas' writers accepted a real 2nd Coming and a real biological resurrection of the dead would take place in the future one day as literally everyone ECF taught and Paul and apostles clearly teach in the bible.

Preston blasts me for speaking about the fact that he didn't discuss my 6th chapter about the history of full preterism saying it was "irrelevant" but the fact is he didn't discuss it because it is relevant to full preterism. History shows us that there are NO full preterists until Robert Townley and even then Townley recanted of full preterism and it wasn't until Max King that full preterism even became a thing and gained any momentum. Furthermore, it had to wait about 20 more years to gain any steam and traction and this was only due to the internet coming to be. One has to wonder why it took so long if Full Preterism is such a powerful truth from God and His Word and took until the 1800s and ultimately took until the 1970s.

Preston for all his blah and humbugs only ever quotes my book one time in his whole video and ultimately twists what I say in pages 70-71. He twists my words and then makes this fallacious claim that if one time statement in the bible has the Coming of the Lord being near in the 1st Century that this makes my entire book falsified. It's a strange argument but it is absolutely false. The fact of the matter is, if the 2nd Coming and Resurrection of the Dead were supposed to happen in the 1st Century, then the fact of the matter is, that my book is not the one falsified, it's in fact the entire New Testament that is falsified because the fact is, the New Testament writers did teach a Last Day where God will judge all men and all nations and truly would raise the biologically dead to biologically eternal life and they also taught that the Presence of God (His Parousia - Presence) would invade this fallen Creation and redeem, restore, and recreate it, filling all things with His Parousia - Presence.

This did not happen and you will find no record of it to have taken place.

Apparently, all non-full preterists ignore the Bible, lie, and distort it according to Preston. I guess we are all stupid, incompetent, evil villains by Preston's logic. Apparently every single person and scholar and etc. until 1970 were stupid until King and Preston entered into the world and opened up their New Testaments. Apparently everyone through history was also out to destroy full preterism. Fascinating! It makes Joseph Smith's stories look silly in comparison.

I also learned something about myself in this video. Apparently I believe Jesus is a 5' 5" Jewish man who is going to ride a Flying Nimbus when He comes back. Precious! I could be wrong but I believe Jesus could very well not be a Middle Eastern Midget Jew and maybe even be 6 foot tall. Maybe even 6' 1". I can certainly agree He is a Middle Eastern Jewish man. Preston can't though as he believes Christ stripped Himself (oh I meant to say "divested" LOL) of His humanity in the Ascension and tries to use Acts 1 to do it (something of which Preston can't prove to save his life). In the end all Preston does here is blow smoke. It's pretty clear from his tone in the video that he is clearly a Gnostic who hates Creation and it becomes more clear being Preston blasphemes Christ's humanity the way he does with his mockery of Jesus' height and ethnicity. 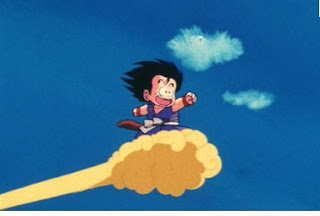 Preston then makes a completely absurd lie about me with my beliefs about Matthew 24 that I claim we have to take apocalyptic language "literally". That's not a true statement. We have to take apocalyptic language like Matthew 24 in context literature-wise. There are many elements going on with apocalyptic language that must be taken into consideration when interpreting it and I would not deny that. Preston here though tries to paint me as some incompetent buffoon and some kooky fundamentalist or something and it's completely false and downright bizarre. I do not take the texts metaphorically either. This is all just Preston blowing smoke and making absurd claims about me and how I view prophets and prophecy. Truth is, when a prophet finishes prophesy and prophesying, the prophecy begins right there and then and the prophecy goes on being completed until it is finalized and sees completion.

Preston makes another absurdist claim that I don't take full preterist positions with time statements because if I did it would falsify my book. I do not take full preterist positions with time statements for a much simpler reason. I do so because it is clear that the Scriptures teach that the 2nd Coming is a real event to take place. The Scriptures teach that Christ will really physically return. The Scriptures teach that when He returns the Resurrection of the dead will really take place and the biologically dead will rise from their graves and rise to eternal biological life while those alive to witness this will be changed as 1 Cor 15 and 1 Thess 4 teaches, just to name a few Scripture chapters off. I do not teach or do a full preterist position because it would mean that the Apostles were all wrong and liars and the Bible itself would be falsified. It would mean especially that Paul was wrong or lying and a false teacher which Peter himself endorsed in 2 Peter. It would mean that Luke, the writer of the Gospel of Luke and the Acts of the Apostles was also wrong since he too endorsed Paul and even travelled with him at times on their evangelical trips. To believe in full preterism would force me to become an atheist or be some kind of weird Israel Only person or have to find some other religion because clearly none of this happened in the 1st Century as those beloved liberal scholars Don loves so much like to tell us. Clearly if the FP position is correct about those time statements we have to give up the ghost and just admit we have a failed Christianity on our hands - a failed doomsday cult that never saw Christ come back, just like the liberal bible critic scholars Preston loves so much like to flout. Praise God though! Apocalyptic language is speaking about literal real events that will take place! It being a prophecy makes time God's, not our human definitions or Don K Preston's definitions of what he thinks time has to be or mean. We can trust God's Word over the uninspired, heretical works of pseudo-scholar full preterist Don K Preston.

The rest of this pathetic video can be summed up with this picture below of Don asking for $ for almost 3 minutes and a stupid insult against Sam Frost for no good reason except he can. Throughout this entire video, Preston never once actually dealt with anything in my book except page 70-71 where he ultimately twisted my words yet again into something I did not say nor did I claim.

If you feel led to do so, I ask that you pray for Don K Preston that he would wake up from his heretical stupor and repent of his wickedness and his lies. He will ultimately be judged for all his antichrist teachings and has led many astray with his teachings and though an enemy of Christ, I along with the ex-FP crew do not wish him to be condemned in the Lake of Fire when we are all judged. I wish salvation even for a false teacher like Don K Preston. 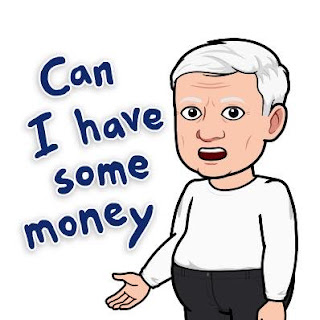