Hebraic Mindset On The Resurrection of the Dead

Recently, I've been engaged in some heated debate with full preterists liike pseudo-scholar Don Preston on what the Hebraic mindset is on the Resurrection of the Dead as they like to proclaim it is not to be physical but solely spiritual. What did the Jews believe about the Resurrection?

It's clear that Jesus and the Apostles do not agree with the Sadduccees whatsoever and that Paul, a former Pharisee turned Christian teaches in 1 Cor 15 what appears to be physical but I digress. This going to NT scripture would not suffice so I've looked into Judaism a bit more here.

The Talmud has two components; the Mishnah (c. 200) and the Gemara (c. 500). They speak of a real final day when there is judgment on the just and unjust and a real resurrection.

There is no real chance that a well-established, mainstream Judaism sect like the Pharisees would have changed their resurrection view this much over a 130 year period... especially when we have proof that the Sanhedrin resumed their council in 80AD after the Temple was destroyed.

The Pharisaical Hebrew mindset was simple on eschatology.

They believed that there will be a final day of judgment on the just and unjust and there will be a real resurrection of the dead. The main thing they began reforming doctrinally was with regards to the Temple, not their eschaton.

Christianity kept this same belief. We also kept prayer for the dead which is found in the Talmud as well. The big difference between our eschaton and Pharisaical Judaism is this.

Basic history shows us Pharisaical Judaism has remained relatively the same pre and post-2nd Temple Era on the matter of the Resurrection and it is clear that the Early Church Fathers like Clement among others taught a resurrection of the dead that was physical bodies rising from the grave.

It is unanimous that Paul in 1 Cor 15 teaches this as well that the dead will rise physically from their literal graves and uses Christ, a real person, as His example.

This is too easy. 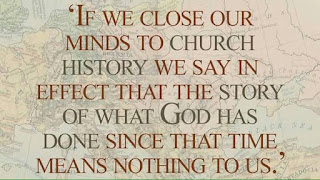