William Bell - The Anti-Semite and Racist

This article will touch on William Bell's open antisemitism and burning hatred of those in Judaism and ethnically Jewish people. Bell wrote a short book exposing he believes in anti-Semitic writings when he wrote Zionism: A Wolf In Judaism's Clothing.

He cites Alan Hart as his "inspiration for this writing"[1]. This should already be an issue already as Alan Hart wrote a three-part series called Zionism: The Real Enemy of the Jews and was constantly someone who promoted 9/11 conspiracy theories about Israel and continued in making anti-Semite works until his death in 2018. Hart said quite clearly in this book that he believed that Israel and the Jews who live there have no right to exist.

Bell claims his “work has made an indelible impact on my studies because of their detail and accuracy in documenting the history of the Palestinian Arab-Zionist conflict and because of his credentials and credibility”... Bell even goes as far to claim that “Alan Hart is a chosen vessel, eminently prepared and qualified for such a task of establishing the proper context”. Bell loved this anti-Semite work so much so that he says “When I first read the Prologue, I was moved to contact Hart and express my appreciation for his work.[2]”

Throughout this book, Bell goes after Israel and Zionism all in some bizarre attempt to justify his heretical full preterist beliefs. No matter what you think about Israel and the Palestinian conflict, no Christian should wish death on Israelis nor the Palestinians. Zionism is a heresy in Orthodoxy but it does not mean we should partake in these evil racist ideologies like William Bell has become enamored and indoctrinated with. It seems after reading this book that Bell is justifying being anti-Jew with his full preterism belief. If full preterism requires you to be racist you should just reject it as Christ demands no hatred for another for their race just as you should reject racism that comes with some in Zionist circles as well. Both are equally detestable to God. This along with Bell working with Black Hebrew Israelites just further shows us this man is a perverse person teaching people to hate others… and we won’t in this post even get to Bell’s endorsement of living polygamous lifestyles.

If you think that Don Preston doesn’t agree with anti-Semite nonsense like Bell then you would be wrong as he not only shares a ministry with William Bell but also wrote a book Israel 1948 Countdown to Nowhere that Bell also endorses. These two both have said numerous times in Facebook discussions that they don’t believe Jews exist anymore and haven’t existed since 70 AD. Bell even in this stupid book tries to make claims that “neither Ashkenazi Jews from Europe nor their language identifies tem, genetically, ethnically, linguistically or geographically with the Semitic people or language of the Bible. Therefore, those who aren’t indigenous people of the land and surrounding countries and people mentioned above are baseless in their charge of anti-Semitism for they aren’t Semites in any biblical sense of the true meaning of the word or language”[3]. In other words, Bell tries to argue he’s not a racist to European Jews because he doesn’t believe they are Jews to begin with, a common trope we find from anti-Semites like Bell and Alan Hart to justify their iconoclasm and racism against people they hate and ultimately, hating God as well. Don Preston believes the same things and agrees with this nonsense as well. It is safe to say one should reject Bell. He is a noted racist, anti-Semite, dives in deep with the racist black groups like the Black Hebrew Roots and Black Hebrew Israelites who are anti-white and racists with their ideologies. Bell also openly endorses polygamy and teaches heresies galore with his full preterism. Let us hope and pray this false teacher and perverter of the Gospel repents before he meets His Creator. 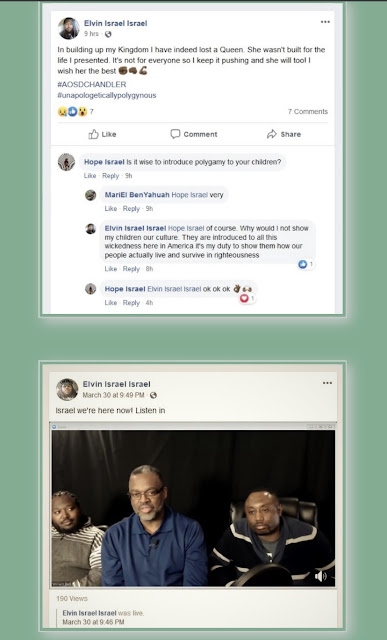 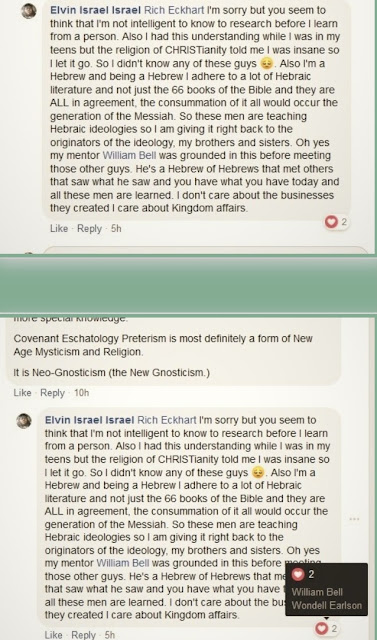 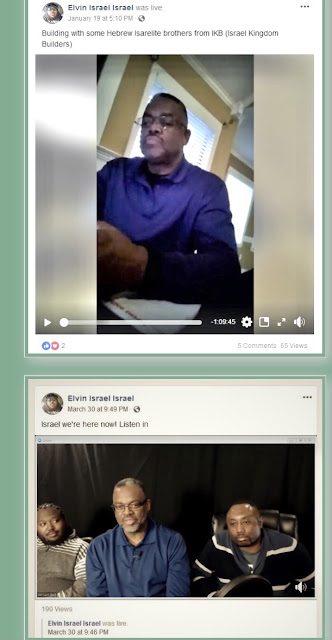